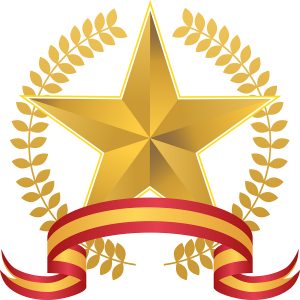 To celebrate this day, the winners of the Childfree Person of the Year and Childfree Group of the Year are announced! First, the Selection Panel gives a big thanks to all who nominated such great nominees. Every year, amazing childfree people are nominated, and as in past years, this year the Panel faced tough decisions!

Here are the 2019 childfree winners and their nomination submissions:

In 2017, when exploring various dog adoption organizations, my husband and I were intrigued by the story behind Furget Me Not Sanctuary in Thailand, founded by Soot Liang Woo. We inquired to learn more about Soot and her mission to rescue stray dogs and cats in Thailand. Like us, Soot was childfree and also an advocate for animals. After hearing her inspiring story on our Skype call, we knew that we wanted to adopt one of her rescue dogs. Our adoption process went amazingly smoothly and a few weeks later we became the proud fur-parents of our dog, Sophie.

Originally from Malaysia, Soot moved to Thailand in 2005 with her husband for early retirement after working for many years as a Tax Director for Deutsche Bank Asia Pacific in Singapore. However, her retirement plans soon changed after she became deeply moved by the number and plight of “soi” (Thai street) dogs around. Unable to simply ignore this issue, Soot began to catch dogs one-by-one from precarious situations ranging from abused street dogs to those rescued from the meat trade, arranging and self-funding sterilization operations. For dogs who could not be released back on the streets due to permanent disability, safety concerns or lack of food source, Soot opened her home to them – re-homing, rehabilitating, and offering the care and attention they desperately needed. Soon, the numbers of needy animals outgrew her house and Soot invested her own money to purchase and build the Furget Me Not Sanctuary, a beautiful and safe refuge where unadoptable rescued dogs could live out their lives.

Soot funds most of the sanctuary costs and those incurred for food, medicine, treatments, boarding, cages, and transportation. While she receives sporadic donations from lovely friends across the world, funds are always tight. Soot works 365 days a year and often finds herself in challenging and sometimes dangerous situations, such as venturing into jungles, crawling under houses, and rummaging through dumps to get the job done. With her groundbreaking work, she and her team have sterilized and vaccinated more than 30,000 street dogs and cats to date, thereby preventing hundreds of thousands of unwanted litters from being born. In addition, she helps to rehome about 100 dogs and cats each year, both locally and abroad. All the while Soot remains a powerhouse of integrity and compassion while maintaining a wonderful sense of humour and lightness of being.

Soot is an ardent environmentalist and chose to be childfree to address the human overpopulation issue. In addition, without the time and funds that it would have taken for her to raise a child, she would not have been able to make a significant dent in the stray dog and cat overpopulation issue in her city and beyond.

I would like to nominate Childfree India for the Childfree Group of the Year award for their outstanding worldwide efforts in promoting the subjects of childfreedom, antinatalism, the Voluntary Human Extinction Movement (VHEMT) and Efilism.

Being childfree is the personal desire not to have children, antinatalism is an ethical position that is anti-procreation, VHEMT is the ideology that the best thing for the Earth and its biospehere is for humans to voluntarily stop reproducing, and Efilism (Efil is “life” spelled backwards) is the ideology that advocates for the extinction of all sentient life. While being childfree does not mean that one necessarily holds antinatalist or pro-extinction positions, these groups have ‘saying no’ to procreation in common.

On February 10th, 2019, Childfree India conducted the first Childfree/Antinatalism/VHEMT/EFILism Meetup in Bangalore, India, called “Stop Making Babies” – the first event of its kind anywhere. This historic event received international press. Here are examples of the press that came out of this event: https://youtu.be/ikRN0nOlLDo https://youtu.be/jmYDGlixAag

Included in the ranks of Childfree India is Raphael Samuel, who earlier this year caused a global sensation by announcing that he had plans to file a lawsuit against his parents for giving him life, and violating his consent. Employing a genius mix of intellect and comedy, Raphael appeared in news media around the world, and is fast becoming one of the most recognizable antinatalists in the world.

Here is a massive collection of media that Raphael Samuel alone has inspired this year:
https://docs.google.com/document/d/11e8t53Ki9b2zlFdWtSnxEhRwXBhLvyQ-jatB0Zfx6vI/edit

Also, a vital part of Childfree India is Pratima R Naik, a phenomenal young woman. She has proven to be a vital activist for the anti-procreative movement, as well as for feminism, environmentalism and youth rights. Very much the mastermind behind the Stop Making Babies event, she has been instrumental in bringing together people who have no children for their own personal and ideological reasons, both in person and on the internet. Here is an interview with Pratima on the Varjit Satya Youtube channel and a news segment she did about the Feburary 10th event: https://www.youtube.com/watch?v=daEehJMC6Hk&t=6s
https://www.youtube.com/watch?v=McJD0JZ42tc

Recently, Childfree India has also created an online questionnaire for childfree and antinatalist people across India to coincide with International Childfree Day, and it seeks to find out how exactly wish they wish to celebrate this special day!

What Childfree India is doing is truly unprecedented. They should absolutely be commended for attempting to bring together, in their own words, a “common network of all childfree proponents, antinatalists, VHEMT members and Efilists of India.” I cannot think of any group more deserving of such an honor to win the prize for Childfree Group of the Year.

Many thanks to all of the stellar nominees, those who nominated them, and all who have been part of and celebrate International Childfree Day, an annual, formal recognition of amazing childfree people and their lives!