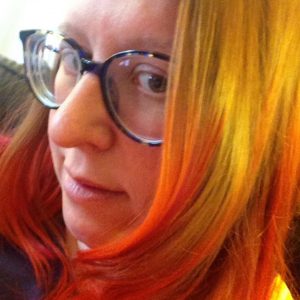 I have spent the better part of the last three years writing and revising a novel. People know I’m a writer, but most of my work is made up of essays, blogs, or non-fiction. After a lifetime of concern that there weren’t enough truly childfree characters represented in film, TV, or books, I figured the only way to make it happen was to create it.

A Labor of Love

This book is entirely a labor of love. It follows two sisters, one childfree by choice and one childless by circumstance. They both struggle with what it means to be women without children in a society that makes them feel incomplete or defective. I’m in the process of querying the story now and I am hopeful that an agent will see its value, understand the audience, and take a chance on it.

I can assure you: the childfree character at no point changes her mind to have a child.

Many childfree people get frustrated by the constant narrative that young women without children will change their mind in the future or face a life full of regret. Pervasive storylines in shows like The Big Bang Theory that take away the agency of not one but two characters who had previously declared that they never wanted children are disappointing at best. And there are so many examples like this.

Heads up: There are spoilers ahead.

In the last two years, a show called A Million Little Things has woven the stories of friends torn apart by secrets. The wife in one couple declares she is proudly childfree and not interested in having a child. Her husband convinces her that it will be the best thing for them to have children and pushes her toward adoption. When the adoption falls through, she is heartbroken but also angry that he pushed her toward wanting to be a mother. It remains to be seen how this storyline will play out.

Freeform’s The Bold Type follows three young professionals who try to find their way in the world of publishing, social media, and fashion. A recent storyline for one character, a newlywed, shows her getting pregnant, having a miscarriage, and realizing that she never wants kids. The revelation is a blow to her new husband, so I’m curious how this will play out. I’m hopeful, but not necessarily optimistic, that there will finally be a truly childfree character on TV.

There are not a ton of examples of childfree women on TV or in movies. There are some on-screen roles in which the main female character isn’t a mother and isn’t defined by her relationship to a child, now or in the future. And that’s a start. But childfree people long to see themselves positively reflected on screen, much like other underrepresented groups.

We do see true examples of celebrities who have made the childfree choice in their personal lives. Golden age of cinema star Tallulah Bankhead was public about her abortions and a hysterectomy at age 31. Today, Dolly Parton and Betty White are amazing examples of women who chose not to have children and who bust the myth that childfree people are selfish and self-absorbed.