You are here: Home / 2017 / Karim Akerma, 2017 Childfree Man of the Year, on Procreative Ethics Article in The New Yorker 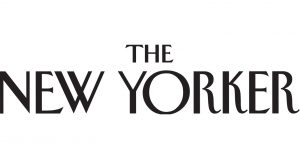 In Joshua Rothman’s recent interview, “The Case for not Being Born” in The New Yorker, South African philosopher David Benatar makes the case for the ethical reasons not to have children. Benatar convincingly argues that women and men who never have children by choice don’t need to justify their decision.

Rather, it’s the other way round: Those who plan to have children or have procreated already are ethically responsible for the future suffering that their children will experience, and the suffering those children will cause to others. And more than this, everyone who has a child has created a situation where a human being has to die.

Rothman mentions how Benatar values his privacy and apparently not a single public photograph of him exists. This reminds me of German Philosopher Hans Blumenberg (1920–1996) of whom only two photographs seem to be known. In his weighty tome, The Genesis of the Copernican World, Blumenberg refers to ancient philosopher Anaxagoras as the first one ever to have raised the following question: What could possibly justify the fact of life as it is?

According to Blumenberg, this question belongs to and works in the ‘philosophical underground’. He discusses how only Immanuel Kant’s philosophy finds an appropriate answer. Because of children’s unwanted existence (since they were never asked to be born), Kant stresses that parents have a basic obligation to take care of their children in a way that they would have chosen to live had they had the choice to do so. As a practical philosopher, Kant purported that this parental responsibility ends when children come of age. However, from an ethical point of view Kant sets an arbitrary threshold, as the most severe suffering will often occur later in life.

Blumenberg doesn’t only familiarize us with intriguing questions laboring in the philosophical underground. Despite being a father, he himself suggests that parents face vast parental obligations. So vast, they can never be fulfilled.

Today we are witnessing more antinatalist thinkers and activists coming forth. More women and men who don’t have children due to a procreative ethical stance are speaking their minds and educating the general populace. Before and after Blumenberg and Benatar, quite a few thoughtful people have not objected to publicly sharing their views – and photos – of themselves. As this piece in The New Yorker demonstrates, more people are beginning to engage in this important ethical discussion, thus contributing to the genesis of a childfree perspective that procreation is not the center of the universe.