You are here: Home / 2017 / Being Childfree: An Advantage All to Itself 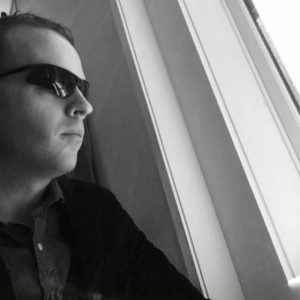 If you read the news, you see it weekly. A person is sometimes identified by their name and status as a parent,such as:

“We spoke to John Doe, a father of three.”

“Jane Doe is a mother of two.”

Content creators seemingly write this in as if it adds some sort of enhanced characteristic to the person they are referring to. If the story is about a parenting related article, or maybe about kids’ education, then maybe it makes sense to identify the subject as such. We live in a natalist society where the population treats parenthood as some sort of advantage. Maybe it is considered a status symbol by some. You never see someone without children as being identified as such when they become subjects in those kinds of stories.

Childfree persons make the choice not to have children because they see not having children as being an advantage all to itself. It is one of the many reasons people make this well-informed decision. I’m happy to not contribute to a world which I view as very overpopulated. Nature is under siege from decades of steady population growth that only recently is starting to slow in developed countries. In North America, nature has paid a heavy price already for the world’s population growth. There are massive reductions in green spaces in major urban centres. In Canada, wildlife that one might not expect to see are wandering in closer to heavily populated areas. They are being chased from their own habitats by urban sprawl.

Like many other childfree persons, I see having children as excessively costly. Not just from a financial perspective. It costs time that I am just not willing to invest. That time is much better spent on me and my passions. I echo comedian Jen Kirkman’s words where she wisely says in her book title “I can barely take care of myself.”  There are plenty of days where I am left feeling that way. How in my right mind could I even think about being a parent? Having pets is more than enough work as it is. Arguably, it is significantly less costly than raising children.

If I am going to spend money on anything other than necessities, it makes me happy to devote it to animal rescue causes. English father of zero, actor, comedian, writer, musician, producer and director Ricky Gervais, and his partner Jane Fallon, mother of none and author, are two people who dedicate significant time and resources to animal rescue and other causes.

International Childfree Day has become a reminder to the world. Those of us who do not have children by choice or no choice, are equal to the Jane and John Does of the world. Our opinions, ideas, accomplishments and stories are just as important. They are just as vital to the constant writing of history.