You are here: Home / Famous No Kids People / Inspired Childfree Living: The Importance of Having a Childfree Role Model 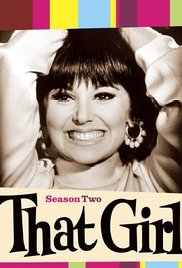 When I was writing my book, Two Is Enough: A Couples Guide to Living Childless by Choice, I reflected on my early role models for childfree living. I was what I call an early articulator. I knew in my early teens that I didn’t want children but I didn’t have a lot of role models for that life decision-making in my neighborhood, or in my family. However, I did have a TV and there I could find a number of really inspiring role models who appeared to be without children and were apparently quite happy to remain so.

I was a fan of the Newhart show, which documented the lives of a couple, Dick Loudon and his wife Joanna, who decide to leave New York City and buy a little inn in Vermont. Dick is a how-to book writer, who eventually becomes the local TV host of “Vermont Today.” Their lives are populated by many quirky characters, including two brothers who never speak until the last episode, but I don’t recall seeing any kid characters other than perhaps one or two children that check into the inn with their parents, much to Dick’s dismay.

My other role model was Ann Marie, played by Marlo Thomas (above), in the series That Girl. Anne Marie was a struggling actress and model in New York City and she had a boyfriend but resisted his marriage proposals until episode #113. In one episode, Ann Marie is pressed into service as an emergency babysitter for a neighbor. Grateful to be relieved of her duty by the father of the child, we hear her sudsing up in the shower singing “rock-a-bye baby in the treetop, boy am I glad you’re home with your pop.” My sentiments exactly…

Perhaps it would have been nicer to have some real-life positive role models for childfree living. However, I never found a real-life couple who had chosen to remain childless until I was well into my 20s. Until then I had to make do with fictional characters, and single women who resisted marriage and remained childless by beating off hapless suitors, and instead focused on making a beautiful life pursuing the new opportunities that were now available to women in the 70s and 80s. These women were the inspiration for my childfree life.

So it’s sad when I see postings on the Childless by Choice Project Facebook page by a member who is mourning the arrival of a baby for a beloved character of their favorite series. It seems that the writers in Hollywood just can’t wrap their brains around the idea that their character might actually want to remain childfree, and those funny, quirky, irreverent characters eventually fall victim to the writer’s pen or their contracts run out, whichever comes first. Either way we are left with another cool childfree person who is sucked down into the black hole of parenthood, never to be seen again inside of a smoky bar or at the Comic-Com after party.

Fortunately, we now have a lot more real-life childfree role models, some married, some not but all accessible via a simple Internet search. Just Google childfree celebrities and you’ll see what I mean. There’s still a few left that haven’t succumbed to the allure, or Oops, of parenthood, and there’s probably a childfree couple in your neighborhood if you take the time to find them. They are the ones that are lingering at the coffee shop around closing time, perhaps taking a rest after walking their dog. They are the volunteers at the pet shelter, and that crazy couple who volunteer to be Youth ministers at your church. They are your aunts, your uncles, and maybe even your sibling.

Embrace them all. And if there’s one person whom you think merits special recognition, please nominate him/her as the childfree person of the year!

The deadline for nominations is July 22nd!