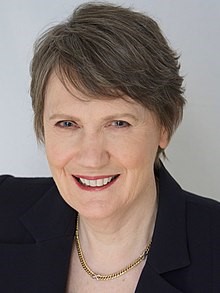 When my wife Gina and I went on our annual international vacation to New Zealand last November, we were pleasantly surprised to find a rather large childfree community there! We learned that its former Prime Minister, Helen Clark, was notably childfree. This got us interested to learn more about Helen, her accomplishments and how she has promoted the childfree life…or at least has defended it.

Politicians live a unique life in which everything they do is scrutinized, and Helen was no different. She had personal reservations about having children and marriage. However, in 1981, she married her husband Peter Davis, a sociologist, shortly before she was elected to New Zealand Parliament. Helen had been under pressure from some Labour party members to marry for political purposes. While she got married, she never gave in to pressure about living her childfree life. Here is a great quote of hers regarding her childfree choice:

“I actually have great faith in the common sense of Kiwis and I think these days most people are going to say ‘For God’s sake, people are entitled to choice about their life, Helen’s made her choice, that’s fine with us’. “So what are they getting at? Am I supposed to not be a real woman because I haven’t had children? It’s all bizarre and I don’t think most people relate to it.”

We experienced this while we traveling in New Zealand. It turned out that wearing our #NoKids shirts inspired great conversations with the locals. We found the stigma of being childfree was less in New Zealand than what we deal with in America.

Helen’s accomplishments help put away the myth that childfree people will never be remembered because they didn’t have kids to pass on a “legacy”! Legacies are born in many different ways. Helen’s include serving as the 37th Prime Minister of New Zealand from 1999 to 2008 and the Administrator of the United Nations Development Programme from 2009 to 2017. She was New Zealand’s fifth-longest-serving prime minister, and the second woman to hold this office. She was the first to have won the office at an election. This quote personifies her terrific leadership of New Zealand:

“For almost nine years, Helen Clark shouldered both the powers and responsibilities of being Prime Minister confidently and adeptly. That only four other New Zealanders (Seddon, Massey, Holyoake, and Fraser) have held the Office for longer speaks much of Helen Clark’s acumen, abilities and judgement.”  – Governor-General Sir Anand Satyanand

Helen Clark joins an amazing group of childfree people alive and from history who have served their nation and the world.

Do you know an amazing childfree person or group? Nominate him/her/them for the 2020 Childfree Person or Group of the Year!