You are here: Home / 2022 / The Importance of Recognizing Individual and Group Contributions to Childfree Research and Advocacy 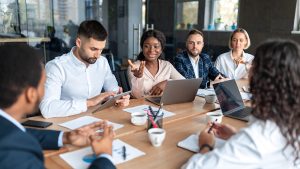 As childfree people continue to face stereotypes and judgments, childfree women who want permanent birth control in particular also experience discrimination with their gynecology doctors. Reproductive policy has long limited patients’ autonomy by enforcing attitudes regarding who “ought” to reproduce. Today, disparities in access to voluntary sterilization exist due to a patchwork of inconsistent state-to-state legal oversight left in the wake of anti-eugenics legislation.

In my view, when it comes to reproductive autonomy the ability to obtain voluntary sterilization when one does not want children is as important as access to contraception for those looking to limit family size. Problematic systems of meaning determine who “ought” to be granted access to sterilization, and represent paternalistic holdovers of eugenicist sterilization policies which historically enabled the involuntary sterilization of Black, Indigenous and people of color (BIPOC) patients, patients from low socioeconomic status (SES) backgrounds, and patients with disabilities, among others. Meanwhile, white, able-bodied, affluent patients desiring sterilization voluntarily have been denied. Put differently, denying a female patient’s request for sterilization functions to punish and control her, and reflect old, culturally legitimated attitudes about who should and should not reproduce.

Despite 2020 guidance from the American College of Obstetricians and Gynecologists recommending that physicians uphold patient autonomy as paramount, provider discretion makes room for bias to affect decision-making regarding sterilization. To my knowledge, no comparable guidance concerning the provision of male sterilization has ever been issued by the American Urological Association (AUA). The closest contemporary AUA guidance, the 2015 “Vasectomy Guideline” is a guide on how to perform a vasectomy, with “ethic” not appearing anywhere in the document, again reinforcing the apparently unproblematic nature of male sterilization.

The Supreme Court overturning Roe v. Wade suggests the possibility that childfree women may be both barred from taking permanent measures to prevent unwanted pregnancy(ies) and unable to act should one result. As a professor whose research in part involves issues childfree people face, and being a childfree person myself, I understand the seriousness of what this can mean, and how the contributions made by researchers and advocates to normalize the childfree lifestyle is now more important than ever.

Do you know or are you acquainted with childfree researcher(s) and/or advocate(s) deserving to be recognized? Nominate him/her/them to be a 2022 International Childfree Day winner!