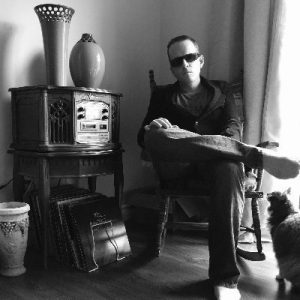 With the end of the pandemic appearing closer, my spouse and I recently ventured out for a stroll through the famous Halifax Public Gardens. At one point, we entered a well-groomed area with the sign, “Family Lawn Space.” A young family was parked at one of the tables while their four children ran from one end to the other at the encouragement of their parents. Watching this scene for just ten seconds felt slightly draining. It also reminded us of how not being a parent during the pandemic has been a blessing. We have not experienced the kind of loss that many others have. During the pandemic many children have lost a parent, and many parents have lost a child.

As a childfree person, I have not experienced losing a child, but I have experienced loss in my family. My brother passed away in 2020 due to cancer at the age of forty-three. He wanted to beat his disease and see the end of this pandemic happen. My mother and stepfather showed amazing strength throughout his treatment and continue to show that strength as we grieve his passing several months later.

As youths I talked with him about not wanting children, and he never once argued against the position I was taking. He understood. There was a time when he thought fatherhood would be in the cards for him, but in his early twenties had accepted that it may not be part of his path in life. As a childfree person and educator, he worked with kids on a daily basis and started to see first-hand the difficulties many families face. This was especially prominent in the many remote northern communities where he worked.  He wanted to help as many kids as possible and extend that same help to their families.

My brother once commented on how we were the last two on our dad’s side of the family to carry the last name of “Alexander.” He pointed out that the name lineage could not have ended with two better people. His comment gives me some peace.

As we approach International Childfree Day this year, I have a renewed sense of optimism for what the future might bring. Canada has been fortunate to have had excellent leadership from Public Health Officials during the pandemic. Some of these officials are inspiring many youth towards careers in science and medicine. May that same inspiration also drive those youth to live their lives less constrained by pronatalist expectations. And may it include understanding, accepting and even making the choice to live a childfree life.

Dann’s book, Planned UnParenthood Creating a Life Without Procreating will celebrate it’s 10th anniversary next year.  A freelance writer based out of Dartmouth. Nova Scotia Canada, Dann’s latest book is a collection of biographical humour /non-fiction titled Let Nothing Go To Waste.