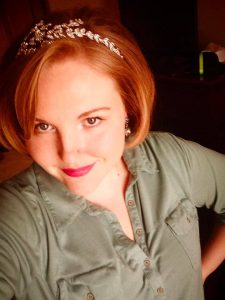 Want to learn more about Crystal Money, the 2016 Childfree Woman of the Year? She was kind enough to do this Q&A:

Can you tell us about your work with the Siegel Institute for Leadership and the annual Phenomenal Women’s Conference?

I have been with the Siegel Institute for Leadership, Ethic and Character for five years now, with the last year a half working full-time. I started as a graduate research assistant while completing my Master’s in American Studies with a focus on ethics and values. My role is to implement programs, oversee our Graduate Certificate in Leadership and Ethics, plan conferences, grant writing, and develop curriculum for graduate, undergraduate, and less formal workshops. The Siegel Institute prides itself on taking a very practical approach to ethics education to make it more accessible to the broader public that may not be philosophically inclined. Our Graduate Certificate is the only academically accredited of its kind in the Southeastern U.S.

Next year, the Annual Phenomenal Women’s Conference will be in its 17th year. This conference is a one-day affair that brings together women from all walks of life around the metro-Atlanta area to celebrate the phenomenal women everywhere, hear inspiring and engaging speakers, as well as make new friends and network. The March 2017 conference theme is “Women Supporting Women.”

Has reproductive ethics been part of your study of ethics?

Not formally, but very much personally. In researching the possibility to get a tubal ligation without ever have children I ran into story after story of women around my age and older who were disheartened with the process. From an ethics perspective, it all comes down to individual rights versus common good. As an adult of sound body and mind, I have the individual right to choose what is best for my body and my life. I have always thought of the idea of being pregnant as an alien invasion and intrusive to my personal space. My body belongs to me and no one can force me to share it with another human, and this includes shaming me into it as well.

The normative society sees motherhood from a common good lens – “what is good for most is good for all” kind of mentality. If I am a woman who is able to have children then I should have children. This may have been a viable reasoning in early history, but the world is in no shortage of people and my choice to not have children is not going to infringe on the common good of mankind.

In addition to being the first to go to college in your family, has being childfree also contributed to the drifting from members of your family?

Absolutely. Coming from a small rural town and a traditionally large family, I was always expected to have kids. Being the first granddaughter on both sides of my family meant that everyone has been eager for me to grow up, get married, and have a family. The more they asked about when I was going to have kids, the more I have distanced myself. It is a conversation that I simply despise at this point. My family definitely had other plans for my life that I simply was not willing to submit to. My mom is the exception; she openly supports all of my choices.

We know your tubal ligation story will be told in a TedX talk next year, but can you tell us just a bit about it now?

My story includes having to change doctors frequently because I was not going to allow anyone to talk down to me about what I wanted, doctors included. I tried every other kind of birth control at the insistence of doctors, all of which had awful side effects. Every doctor I went to told me some version of the following statements:

-You are too young to make that decision.

-You will never find a doctor that will take the risk of giving someone your age a tubal ligation without having a medical reason for it.

-What if your husband wants kids in the future?

-What if your second husband wants kids in the future? (Always the most insulting since who is planning to have a second husband during their first marriage.)

-You are being selfish.

-Your body is made to have children, just look at your hips.

-You don’t know what you want.

After experiencing this same disrespect time and time again, I finally found a doctor who had reviews as being someone who was respectful and listened to her patients. Upon my first visit with her, she was taken aback by my blunt questions about getting a tubal ligation. She initially said no, but quickly realized her bias and apologized for thinking about her own daughters not wanting children and what that would mean to her life. On the day of the surgery, my mom took me to the facility, which surprised my doctor, who questioned her about her support. My mom remained steadfast in her support of my permanent birth control choice.