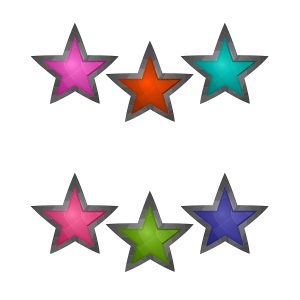 As a lover of popular culture, I get excited whenever I see positive representations of childfree people. While there are a handful of fictional childfree characters, we see more real-life celebrities who have chosen not to have children. Here are six inspiring childfree icons you should know.

Author Octavia Butler passed away at the age of 58 in 2006. Her expansive career writing, primarily science fiction, was incredible, and I would have loved to seen what else she was capable of creating. Books like The Parable of the Sower and Kindred have become literary classics. When asked about her life, Butler said, “I’m also comfortably asocial — a hermit in the middle of Los Angeles — a pessimist if I’m not careful, a feminist, a Black, a former Baptist, an oil-and-water combination of ambition, laziness, insecurity, certainty, and drive.” Butler never married or had children.

With a music career spanning 60 years, Dolly Parton has become an icon for so many communities. She was one of the first country superstars to embrace the LGBTQ+ community. She brought jobs to her hometown in Eastern Tennessee by building Dollywood and started a charity to give books to children. Parton is also a well-known philanthropist. In a 2020 interview with People Magazine, Parton said, “Since I had no kids, and my husband was pretty independent, I had freedom. So I think a big part of my whole success is the fact that I was free to work.”

Actor Tracee Ellis Ross, the daughter of singer Diana Ross, is becoming a childfree icon to many people. While she plays a mom on the hit ABC series Black-ish, she’s never had children of her own. In an issue of Marie Claire, Ross said she had “choiceful solitude.” Happily single with no children at age 48 gives her a different perspective, and she loves her life.

Like Dolly Parton, Betty White’s career has spanned decades. She started as a radio and television host before moving on to her best-known roles as Sue Ann Nivens on The Mary Tyler Moore Show and Rose Nyland on Golden Girls. She’s also an outspoken animal advocate. In an interview with CBS, White said, “No, I have never regretted [not having kids].” And she added, “I didn’t choose to have children because I’m focused on my career. I don’t think, as compulsive as I am, that I could manage both.”

As a childfree woman in a long-term relationship with a childfree man, I am always happy to see more examples of childfree couples. A favorite team is Nick Offerman and Megan Mullally. Offerman is best known for his role as Ron Swanson on Parks and Recreation, and Megan Mullally starred as Karen on Will and Grace. Mullally said she never had a burning desire to have children. In the same GQ article, Offerman indicated that not having kids has helped their marriage.

Who are your favorite childfree icons?

Do you have childfree ‘stars’ in your own life? Don’t hesitate to nominate them for the Childfree Person of the Year or Childfree Group of the Year!

Laura M. LaVoie is a writer living in Asheville, NC with her partner, Matt, and their spoiled Devon Rex cat, Toast. She is the 2015 Childfree Woman of the Year.