You are here: Home / No Kids People From History / Men Without Children in History: Part 1 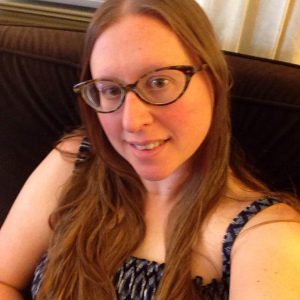 by Laura LaVoie, 2015 Childfree Woman of the Year

In my work for The NotMom, I got to research and write about NotMoms from history. For example, I was able to dive deeply in to the esoteric life of Pamela Coleman Smith, and took the WayBack machine to explore the life of Hypatia of Alexandria.

In my usual work, I don’t get to learn much about NotDads. Part of it is because men don’t get the same societal pressures to have children that women have faced throughout history. It is practically of no concern. While women’s offspring are the headlines, men’s are often the footnotes. But there have been some amazing men in history who didn’t have children. And while it is nearly impossible to tell if these men were NotDads by choice, it is an interesting look into the minds that developed our modern world. Here are just a few:

Men Without Children in History

Charles Addams. Who doesn’t remember the Addams Family? It was a hit on TV from 1964 to 1966. The dark comedy featuring the macabre family was then taken to the big screen in the 1990s to enchant an entirely new generation of fans. But do you know the origin of the Addams Family? The characters were created by cartoonist Charles Addams, a NotDad. In fact, Addams had been married three times in his life, and his first marriage ended when he refused to adopt a child, citing that he hated small children. You can’t help but notice his feelings towards children in the young Addams Family characters Wednesday and Pugsley.

James Buchanan. At the other end of the spectrum was our 15th president who remained a bachelor his entire life. Unlike Addams, it didn’t appear that President Buchanan hated children. In fact, he took on the responsibility for several young relatives while he was in the White House. His niece, Harriet Lane, was an orphan who lived with him and served as the hostess of the estate since there was no First Lady. There is a lot of speculation regarding Buchanan’s sexuality. Some believe he may have been gay while others suggest asexual. In any case, he remained unmarried and without children his entire life.

T.S. Eliot. By contrast, famed poet T.S. Eliot was married twice, once unhappily and once happily. His first marriage ended when his wife was committed to an asylum with a variety of mental and physical health problems. However, when he was 68 he married 30-year-old Esme Valerie Fletcher. He had no children with either of his wives and, after his death, Valerie Eliot spent her life preserving Eliot’s legacy. The pair were only married for eight years.

Milton Hershey. For fans of chocolate, you might also be interested in knowing the history behind the Hershey’s candy empire. Milton Hershey had a difficult relationship with his own father, and that showed in his choice of career. His father helped him get a job with a newspaper printer, but Hershey found the work boring. After being fired, he took his mother and aunt’s advice and decided to learn the confectionary arts. He traveled the country studying candy making before founding his chocolate company. In 1898, Hershey met and married the love of his life and they never had children. Instead, they focused on philanthropy. When Catherine Hershey died in 1915, Milton never remarried. His legacy is present today not only in his chocolate company but also in the Milton Hershey School Trust fund, the M.S. Hershey Foundation, and the Penn State Milton S. Hershey Medical Center.

What NotDads of history have inspired you?

*Laura M. LaVoie is a writer and the 2015 Childfree Woman of the Year.